Species of the section Parishianae

It’s difficult until impossible differing the species of that certain section referred only to their habit. Normally you only get correct information when casting an eye upon the bloom. An exception is Phal. appendiculata. You may find any hints in specialized literatures that distinctions are obviously set in the shape of the roots (circle-round or plane). But to my mind it seems impossible coming to a final decision only because of that.

Please click on the name of spec do you wish more informations about.

From that point of view of the 4 species this is the most seldom one. It especially differs in the stalked leaves which are 7 cm long and about 3.5 cm wide, greenish without any spots. The leave’s stalk is about 5 mm. The singular white-violet buds develop from a longish thickness on an extremely short inflorescence. The single blooms are scarcely larger than 15 mm in diameter. The lip is striking triangular. 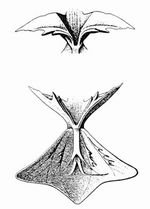 This species owns the most enlarged inflorescence referred to the 4 species. They reach up to 15 cm and carry several blooms (until 10) Their leaves´ size can be compared with those of the other species. They are longish-oval until elliptic, approximately 12 cm long, 4,5 cm wide and uniform greenish. The blooms are creamy-white and only show 15 mm in diameter. The lip is trilobed and it shows on its middle-lob 2 conspicuous yellow areas. The lateral lobs are bended up and carry yellow-brownish spots. The column shows some spots in the same colour. 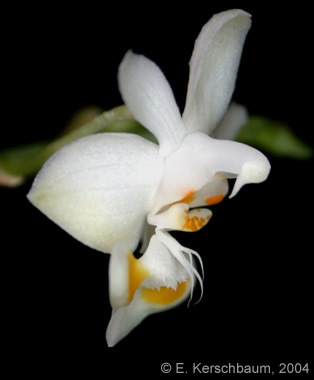 Here’s an interesting variation in colour of a Phal. gibbosa, owner H.Hermann 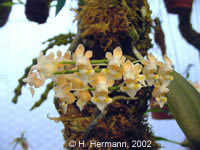 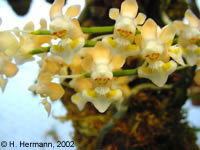 And a mixture between both variations above

Phal. lobbii shows longish-ovoid until elliptic leaves 13 cm long and 5 cm wide. Green coloured without any spots. The inflorescences till 13 cm long mostly carry 4 to 8 blooms. These are 2 cm in diameter with creamy-white sepals and petals. The lip is trilobed. The lateral lobs are bended up, yellowish in their basic-colour with brown dots. The middle-lob is formed in a semicircle, free and fairly swollen plate with an irregular tenderly-toothed edge, creamy-white with two broad, vertical, brown stripes. 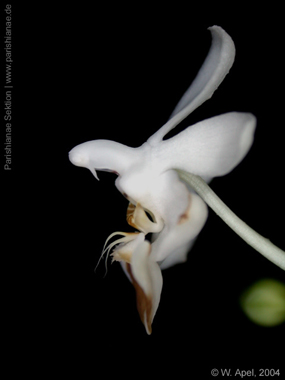 This variation shows a yellow middle-lob, not like the typical lobbii´s creamy-white one. The species-typical plants which do occur with yellow tips but having a creamy-white centre are belonging to that certain variation, too. The vertical running brown stripes are existing.

The central lob doesn’t show any vertical brown stripes but yellowish areas on both sides. This variation was called var. flava in former days but was renamed in flavilabia in E.A. Christenson´s Monographie 2001. The term “flavilabia” was called after a description done by N.Trudel who baptized a uniform yellow Phal. lobbii to that certain name. E.A.Christenson consecutively referred to that new term when describing that variation out from a picture.

The longish-ovoid, green and unspotted leaves of this species come up to 12 cm in their length and 5 cm in width. The inflorescences may achieve more than 10 cm with a numerous number of tiny blooms until 2 cm in diameter. They are white, as usual trilobed, with a soft until strong violet-coloured middle-lob. The lateral lobs are bended up showing yellow-brown dots. Remarkable the plainly-fringed plate upon the middle-lob and the 4 larger fringes. 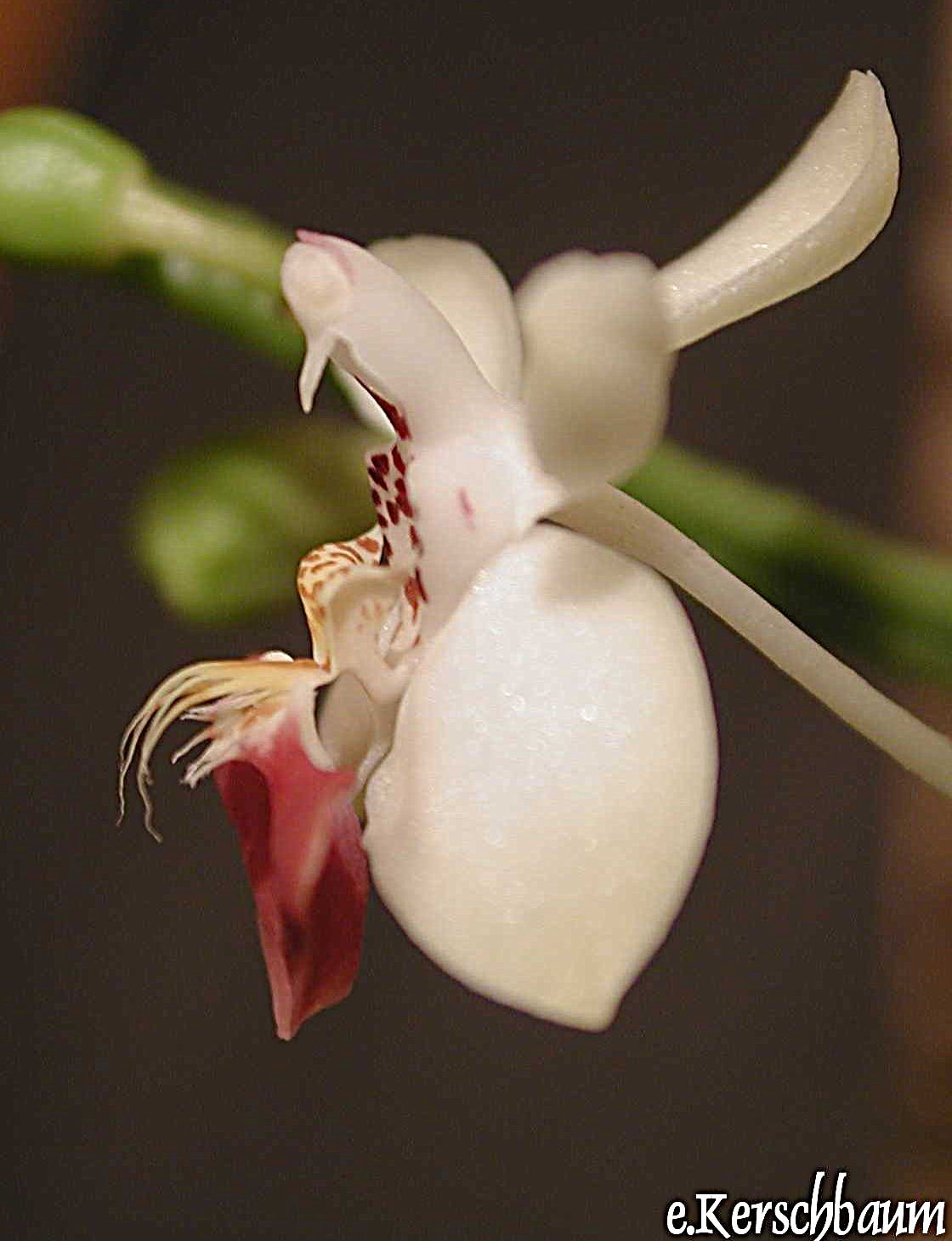 no variation is known until now